Copenhagen: Focus on the (Carbon) Negative

There are plenty of reasons to be disappointed with the Copenhagen climate talks that start today: the meeting will not result in a binding agreement, the timeframe for such an agreement is potentially years away, and of course, neither the US nor China has committed to binding reductions. While all this is certainly disappointing, the problem with the talks is actually much more serious. Even if the meeting did result in aggressive, binding reduction targets, achieving those reductions won't reduce atmospheric CO2 enough to prevent catastrophic climate change.

The real reason to be negative: we can't get there from here. (At least, not on the route we're taking.) 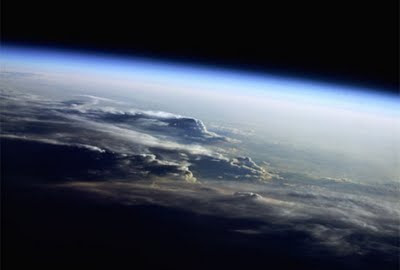 The Intergovernmental Panel on Climate Change (IPCC) recommends greenhouse-gas reductions of 50% to 85% below 2000 levels by 2050 globally, with emissions peaking by 2015. The lack of an agreement in Copenhagen means we will almost certainly miss the 2015 inflection point, and that our chances of meeting the critical long-term goal are just as low.

Indeed, even the most optimistic IPCC scenario—calling for aggressive efficiency improvements and one-third renewable energy generation by 2050 and 80% by 2100—still results in atmospheric CO2 levels of 550 ppm or higher (because these improvements are swamped by the overall growth in energy use and other activities that produce carbon). And, because this is the most optimistic scenario, we are extremely unlikely to reach even that level.

To offset the increasing CO2 levels, we urgently need to go beyond the goal of achieving carbon neutrality (by, for example, capturing industrial carbon emissions). We must actually become carbon negative, removing CO2 from the atmosphere faster than we are putting there.

Of course, trees act as carbon sinks, but because they take time to sequester carbon and because we are uprooting and burning far more trees than we are planting, we must find additional solutions to our carbon overload outside of the forestry sector.

To date, most of the proposed solutions—such as seeding the oceans with iron to spur carbon-eating phytoplankton growth or flooding the atmosphere with sulfur dioxide to reflect sunlight—involve potentially unpredictable and dangerous geoengineering. What's necessary, then, are controllable solutions that don't disturb ecosystems, and are economically and technically feasible on a global scale.

A number of companies are already developing such carbon-negative technologies that capture CO2 directly from the air. A couple of the more promising innovations include:

..:: Biochar: A fine-grained, highly porous charcoal, biochar is produced through the gasification of biomass. According to the International Biochar Initiative, "the carbon in biochar resists degradation and can sequester carbon in soils for hundreds to thousands of years. Oils and gases co-produced with biochar can be used as fuel, providing clean, renewable energy. When the biochar is buried in the ground as a soil amendment, the system can become carbon negative."

..:: Air capture: This approach reacts CO2 with various sorbent materials that CO2 binds to. While it requires energy to capture CO2 in this way, some entrepreneurs are exploring how to do this using the readily available process heat created by many traditional and renewable power generation technologies and industrial processes. This would allow carbon to be captured anywhere in the world there is process heat (almost everywhere) and where the CO2 can be sequestered or usefully exploited (e.g., combining it with oxygen and hydrogen to create fuel). This, in turn, creates more opportunities for developing nations to reduce atmospheric carbon, a critical component of any global climate agreement. (Disclaimer: Nicholas Eisenberger is affiliated with Global Thermostat, a company pursuing this technology.)

On the policy front, for example, air capture or similar approaches should be given carbon reduction credits under the Clean Development Mechanism or its analog under the international agreement that ultimately passes after Copenhagen. On the financial front, the US Department of Energy recently announced it was allocating $2.4 billion for carbon capture and storage research, and for the first time specified that "CO2 capture from the atmosphere" was eligible for funding. This is an important stake in the ground, but significantly more funding will be required by other international players. This should be seen as an investment, not just a cost. The development of new markets for cleantech holds tremendous potential to help spur economic recovery on a global scale, and carbon-negative technologies that protect the planet are some of the most valuable investments we can make.

We hope at least some of the massive attention, intelligence, and political power that will be concentrated in Denmark over the next two weeks will be focused on connecting business leaders with policymakers, and investors with innovators around solving the carbon negative challenge. Recognizing the importance of carbon negative technologies—and laying the groundwork for their development and deployment—is something positive that the global leaders in Copenhagen still have time to do.

..:: Provided by Harvard Business — Where Leaders Get Their Edge